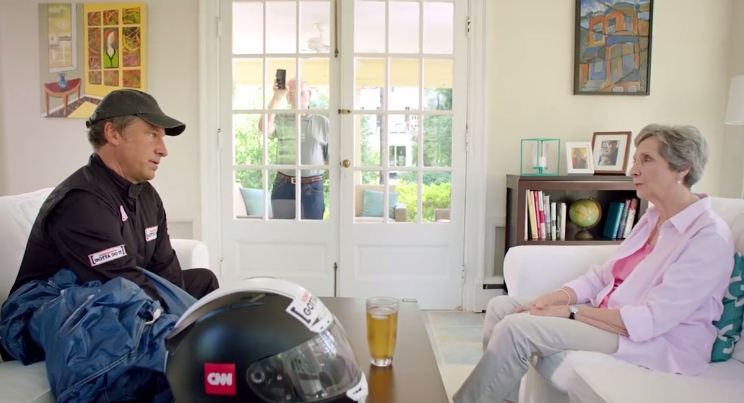 I just got a call from a woman with The National Opinion Research Center. She said her name was Fran, and she wanted to know who I’d vote for if the presidential election were held today.

“What difference does it make?” I said. “The election is over a year away.”

“But what if it wasn’t?” she said. “What if the election were held today?”

“Well, I guess I’d look back at the six months leading up to the election and vote for the candidate that I felt most reflected my worldview,” I said.

“And which candidate would that be?” she asked.

“That’s impossible to say,” I said.

“Because the six months prior to the actual election have not yet occurred,” I said.

There was a pause, as Fran contemplated my irrefutable logic.

“Well then, based on the LAST six months, which candidate do you feel most reflects your worldview?”

“That’s not relevant,” I said.

“Why is not relevant? she asked.

“But didn’t we just stipulate that the actual election would be held today? she asked.”

“We did,” I said. “But we did NOT stipulate that the six months proceeding today would be the same six months on which I based my decision.”

To her credit, Fran was not tied to a one-dimensional script. I admire that. Nor was she put off by my tautological tendencies. She pushed on.

“Didn’t I just ask you to base your decision on the opinions you’ve formed over the last six months?”

“Actually Fran, I think you asked me to base a hypothetical opinion of a hypothetical election on the last six months of non-hypothetical experience. Regardless of your question though, or it’s fundamental implausibility, I’m afraid you’ve confused a “request” with a “result.”

Fran took a deep breath and cut to the chase.

“Is there anything I can do to persuade you to tell me which candidate you plan on voting for, as of today?”

“Finally Fran, you’ve asked the right question. Yes, you can absolutely do something for me.”

There was a longer pause, and what sounded like a few anxious breaths on the other end.

“No, Fran. My proposition is G-rated. And here it is. If you promise to watch Somebody’s Gotta Do It on CNN, tonight at 10PM/ET or 7PM/PT, I’ll tell you who I’d vote for. Deal? I asked.”

And so, Fran now knows with certainty who I’d vote for if the election was held today, and I know with certainty that at least one person will watch my show tonight. Win-Win!

PS. Obviously, I’m deeply suspicious of polls, research, and focus groups. However, I’ve been inspired by Fran, and wonder if I might ask all of you to participate in a very simple survey. If you have a moment, please tell me which of the following promos you find more effective.

The first is a :30 second spot featuring my parents.
The second is a :30 outtake of the first.

Both are designed to persuade the average viewer to check out Somebody’s Gotta Do It, which as you may have heard, can be seen tonight at 10PM/ET on CNN. Give them a look and tell me which one I should ask CNN to air next week.