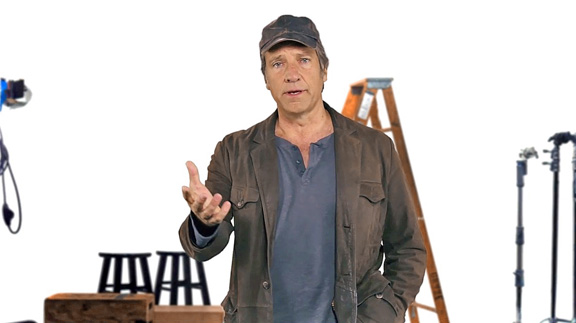 Long before he tackled America’s dirtiest jobs for Discovery or narrated the perils of sea life with Deadliest Catch, Mike Rowe lent his talents to the QVC. And if you thought taking on the role of Hippo Wrangler, Tofu Maker or Gum Remover were his biggest occupational challenges – you’d be wrong.

For EW’s Greatest Story Ever Told video series, the television personality recounts his days working for the shopping channel, which involved a very awkward on-camera moment with a doll dressed as a nun.