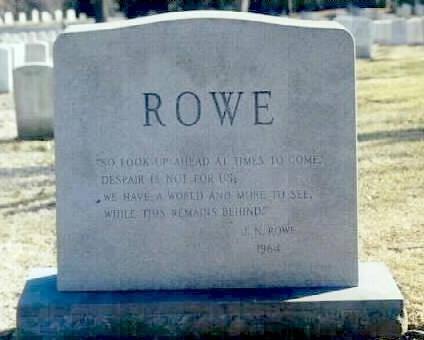 This morning, I Googled The Unknown Soldier. I was looking for an image of his grave to accompany something I had written to commemorate Memorial Day. I found the photo I was looking for at Arlington, but right next to it, I saw another headstone that caught my attention.

My first thought was “maybe we’re related?” My family tree, especially on my Dad’s side, is more like a wall of ivy, so I thought it might be possible. I clicked on the link below the image. The link took me to a webpage, and the page – a true memorial if there ever was one – told me the incredible story of Lt. Colonel James “Nick” Rowe. 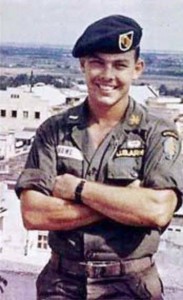 As it turns out, Colonel Rowe is a legend among the Special Forces, and if he were in anyway related to my own family, I’d have certainly known it by now. His story would have been drilled into my head as a child. My father would have taken us to his grave. And the details of his heroism would have been memorized years ago. How strange, to learn of them this morning, in such a random way.

Ambushed in 1963, Rowe spent 5 years in a wooden box, courtesy of the Viet Cong. He was an intelligence officer, and possessed mountains of information the enemy desperately wanted. 1st Lt. Rowe on the other hand, was not inclined to cooperate.

What they did to him was unimaginable. Sixty-two months of daily interrogation and torture. How he resisted is unthinkable. How he escaped is incredible. Why he allowed himself to be recaptured is unbelievable. How he escaped again is mind-boggling. And how he eventually died at the hands of terrorists years later in the Philippines, is infuriating. 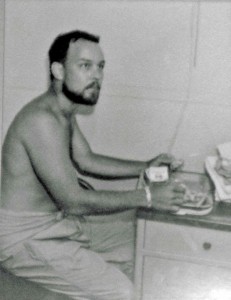 Long before his assassination though, Rowe made it home and wrote the book on SERE – Survival Evasion Resistance Escape. Today, there’s a training school that bears his name, considered by many to be the most important advanced training in the special operations field. If you read his story, (it’ll take you ten minutes,) you’ll see why. It’s a story of courage, sacrifice, duty, honor, and all the things we should remember on this day.

Thankfully, no one in my family has died in uniform. Many have served – some with great distinction – but there is no headstone that marks the final resting place of a relative or loved one who sacrificed everything defending the freedom of strangers.

Then again, as I look at my own name staring back at me from someone else’s headstone, I wonder if I’m mistaken? 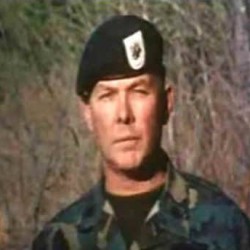 Maybe on this day, I really am related to Colonel Rowe, and to all the other men and women who now reside in Arlington. Maybe we all are?

Maybe this Memorial Day – after the picnics, the BBQ’s, and those irresistible department store sales – we can be related for just a few minutes, not by last names, but by gratitude – the gratitude we feel for all those soldiers with names we’ll never know, who did more for us than we can ever hope to repay.

Have yourself a Grateful Memorial Day –
Mike