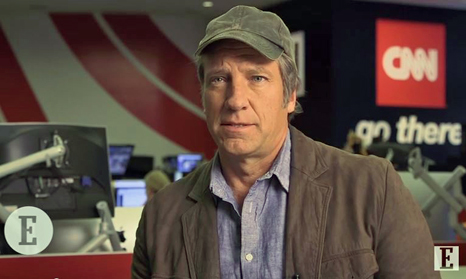 From people who create businesses to individuals who work for entrepreneurs, people often have a preconceived notion of what success looks like. For many, success is a powerful tech titan who has pushed his or her way through Silicon Valley to makes droves of money and make a mark on the world.

But should that be the standard? Is that what a “good job” looks like?

We recently sat down with Mike Rowe, the celebrity TV personality known best as host of the Discovery Channel Show Dirty Jobs, to discuss the definition of success and how the act of entrepreneurs creating jobs should be both looked at on a macro and micro level.

“So much emphasis, so much attention is paid to Silicon Valley and the big biographies that sell and the classic entrepreneurs who’ve done amazing things,” Rowe says in this short video. “It’s all wonderful. But it’s overwhelming. It’s hard to relate to these big, giant, epic stories.”

In other words, success in business has become stereotyped. If you’re not Steve Jobs or trying to become the next Steve Jobs, then you haven’t made it. Rowe, of course, relishes even the most modest idea of success and job creation.