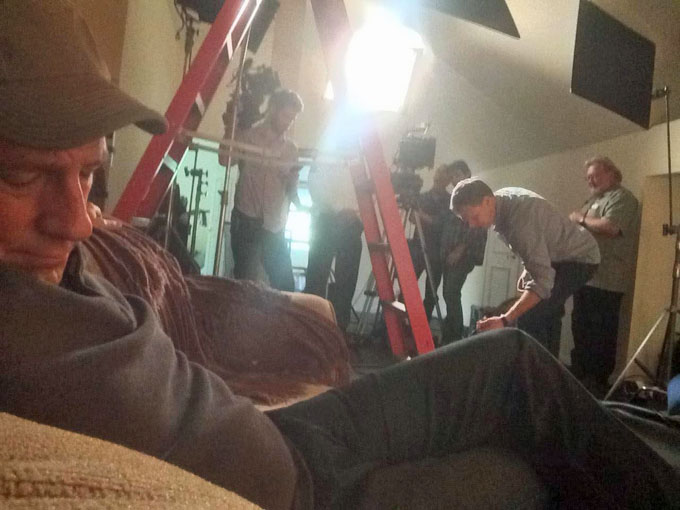 I’m not really sleeping in this photo. I took it last week in LA, between takes on a commercial shoot with a new client. It was early afternoon on a warm day, and we were in the upstairs of a small house with no air conditioning. I was going to post the photo and write something amusing about the glamour of my life and the intensity of the current schedule, but after I took it, I decided to keep my eyes shut for a few extra seconds. You know, just to rest them. I awoke to someone screaming “Action!” Apparently I was actually snoring, which is something I didn’t believe I really did. (Can’t 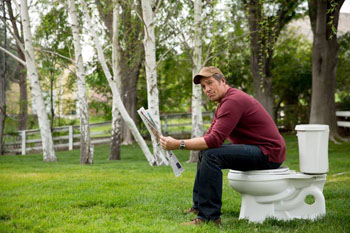 Anyway, “Action!” has been the operative word for the last three weeks. There hasn’t been a day in recent memory where I haven’t looked up and seen a camera looking back at me, and while I’d never complain about the opportunity to work, I’m not beyond making excuses for failing to post at the speed to which you’ve become accustomed. I hope to do better this week. SGDI is shooting in Chicago and Peoria, and there’s talk of an Ice Rescue with paramedics, body painting with professional models, and something about a Turkish bath. If nothing else, the photos should be worth sharing. 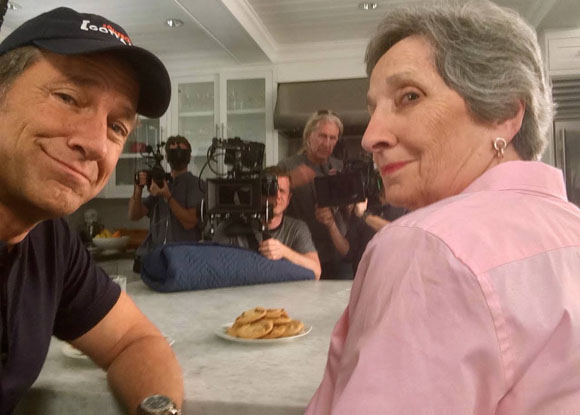 I also had my parents in town last week. Ever since the Viva gig, they’ve been in high demand, but hesitant to jump back into the commercial scene. (My mother’s worried about “overexposure,” and my father’s been holding out for “more favorable terms.”) Happily, I was able to coax them both out of retirement to help promote the fact that their son has a show on CNN called Somebody’s Gotta Do It. As you may have heard, the new season starts Thursday, April 9th.

I say, “may have heard,” but it’s far more likely you have not. In a recent CNN/Gallup Poll, it was determined that eighty-seven Americans with televisions were aware that Somebody’s Gotta Do It actually airs on CNN. That’s it. Eighty-seven people.

Of those eighty-seven individuals, fifty-two were unaware the show had been moved to Thursdays at 9pm.

Of the remaining, thirty-five, seventeen work for CNN, nine work for the production company, and the rest are related to me. 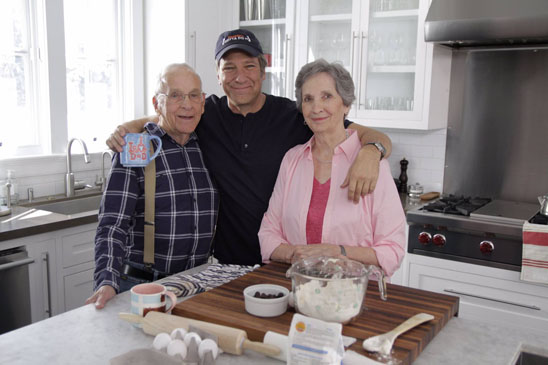 To remedy these dismal numbers, my parents have agreed to participate in a campaign whereby I return home to explain where and how they can actually watch my show. We shot that last week. Hilarity ensued. The spots are airing now. I’ll try to post a few later. I’d do it now, but it’s almost 9 am here on the west coast. Time for my morning nap.

Mike
PS. It’s the Ides of March. Heads up out there…