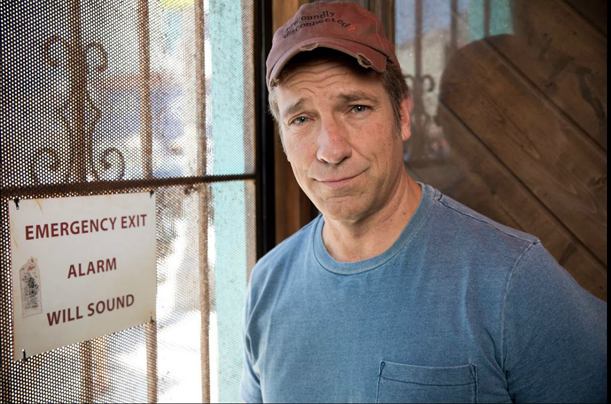 Mike joins Matthew Aaron to discuss his varied career, the foundation MIKEROWEWORKS and SOMEBODY’S GOT TO DO IT.

Today, Mike runs the mikeroweWORKS Foundation, which awards scholarships to students pursuing a career in the skilled trades. He is closely associated with the Future Farmers of America, Skills USA, and the Boy Scouts of America, who honored him as a Distinguished Eagle Scout. For reasons he cannot explain, Forbes identified Mike as one of the country’s 10 Most Trustworthy Celebrities in 2010, 2011 and 2012.

In addition to his foundation, Mike’s website, mikeroweWORKS.com, focuses on all the issues related to the widening skills gap, aging workforce, high unemployment and millions of unfilled jobs. It also provides comprehensive resources for anyone looking to explore those vocations, as well as continue to focus the country on the real dilemmas facing our trade workers, miners and farmers.

Currently, Mike is in production for his new show, “Somebody’s Gotta Do It” which debuted October 8, 2014 on CNN (Wednesdays at 9 pm). From CNN’s press room blog: Rowe’s new series Somebody’s Gotta Do It, brings viewers face-to-face with men and women who march to the beat of a different drum. In each episode, Rowe visits unique individuals and joins them in their respective undertakings, paying tribute to innovators, do-gooders, entrepreneurs, collectors, fanatics–people who simply have to do it. This show is about passion, purpose, and occasionally, hobbies that get a little out of hand.

Mike lives in San Francisco, where he sometimes spends up to five days a month. In his spare time he likes to read pulp fiction and write about himself in the third person. He is still considered by many to be a nice guy.
Mike sends some love to one of his biggest fans

Follow Mike on Facebook to read his latest musings and thoughts about such things as his head as a Bobble, wrist-watch auctions and his answers to questions from people like you. BTW – his dog, Freddy, has a regular Friday FB column and is sometimes even more interesting than Mike is.