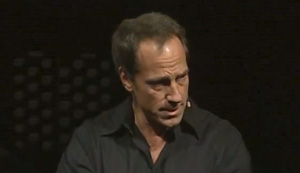 Back in 2008, I got an invite to speak at something called EG, or “The Entertainment Gathering.” The Entertainment Gathering is a conference that evolved from TED, another well-known speaker series that I had never heard of. Against my natural instincts, I wound up attending EG, and spoke for exactly 20 minutes, as instructed. I had no recollection of what I actually said until several months later when people started asking me about “my relationship with sheep testicles.” That’s when I realized my comments at TED had been posted on the interweb.

I have no complaint about being recorded, and I have no doubt that I signed a release of some kind. But had I known then that my impromptu observations on the nuances of oral lamb castration would be viewed by more than two million people around the world, I might have put some more thought into my “presentation.” And had I been told that past speakers included former presidents and Nobel Prize winners, I might have drunk less wine before taking the stage.