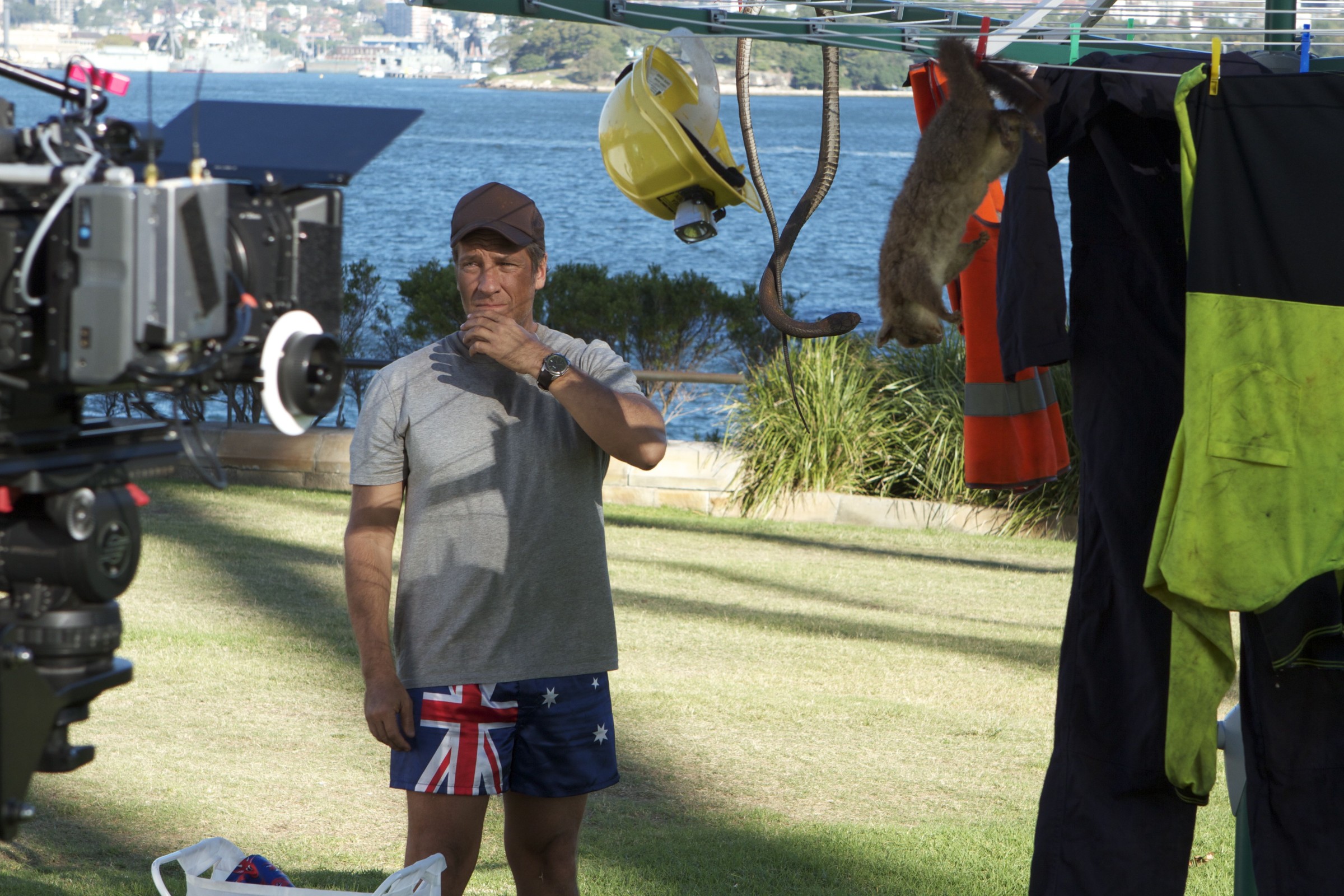 When you’re traveling overseas, it’s best to be agreeable with the locals. So if a director, for instance, should ask you to show a little “patriotic affection” for the county in which you find yourself shooting, you don’t argue — you simply put on the underpants you’re given, and assume the position.

And if that same director should ask you to remove some dead animals from your suitcase, and hang them on a clothesline next to the vile and disgusting clothes you just pretended to wash in a fake machine, you don’t argue — you simply drape the corpses next to the rest of your laundered wardrobe and ask as few question as possible.

But when that same director asks you to look into the camera and promote the premiere of Dirty Jobs Down Under while simultaneously acknowledging the unique relationship between your smelly laundry, your patriotic shorts, and the corpses of several dead animals, you might experience what the medical community calls a “brain fart.”

If you’re curious (and even if you’re not), this picture captures the essence of an otherwise healthy brain, collapsing under the weight of Australian expectations.