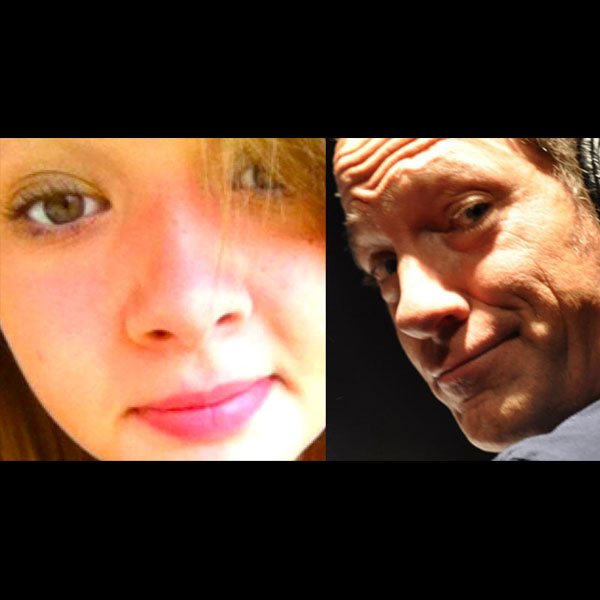 Kathy Mcferrin writes…
“Wow what a douchbag you have been with this whole Masonry competition thing. You came off very badly my stupid friend!”
Tigernan Douglas Quinn says…
“I see you’ve stooped to scolding little girls about their character. That’s lovely.”
Derek Hanna reveals…
“I never realized you were such an asshole. Very disappointing.”

Howdy kids. How’s your weekend going? I’m going to take a wild guess and assume you’ve been pursuing the headlines over at The Raw Story. Am I right? I knew it!

Back in college, I had a professor named Dr. Vatz who taught a wonderful course called Rhetoric and Persuasion. I remember an exercise where we were instructed to take an article from the local paper, and without changing the underlying facts, rewrite it in such a way that left the reader with a completely different version of the truth. To this day, I think about that exercise whenever I come across an article whose sole purpose is to make people angry.

Happily for the writer in question – a guy named Tom Boggioni – The Raw Story does not appear to be terribly concerned with the facts. I suspect his future there is a bright one. However, since I have nothing better to do on this fine Saturday but defend myself from the slings and arrows of outrageous bloggers, I thought it might be fun to juxtapose “The Raw Story, as told by Tom Boggionia” with “The Real Story, as told by Mike Rowe.” Perhaps if Dr. Vatz sees this, he’ll let us know which version is the more fanciful…

The Raw Story: TV host and pitch man Mike Rowe took to his Facebook page to address the controversy over Ohio teen Shania Clifford being denied a spot in a national masonry contests and ended up smearing her character in the process. Rowe, who hosts the Discovery Channel series Dirty Jobs and is affiliated with contest sponsor SkillWorks, responded to a question on his Facebook page about Clifford based on an article found here on The Raw Story.

The Real Story: Yesterday on Facebook, Mike Rowe answered hundreds of readers who asked him to comment on a petition demanding that a female contestant be allowed to compete in a competition she didn’t actually qualify for. Rowe, who now runs mikeroweWORKS – the countries most visible foundation in support of the skilled trades – is a longtime supporter of SkillsUSA, (though he has nothing to do with “running” the organization.) In that capacity, Rowe responded to an article that first appeared in The Columbus Dispatch, and was subsequently picked up a number of websites desperate to generate traffic by ginning up imaginary controversies and posting unflattering images of Rowe’s giant and wrinkly face.

The Raw Story: Clifford thought she was going to a national leadership and skills conference after coming in first place in a SkillsUSA Ohio masonry competition, only to find out that her spot had been awarded to boy who came in third. It was later determined that the scores had been input incorrectly. However Clifford was never notified and only found out that she wasn’t passed over by reading about it on Facebook.

The Real Story: In a most unfortunate mistake, Shania Clifford’s actual score in the Masonry competition was incorrectly entered into the master spreadsheet, leading all concerned to assume that Shania had earned the highest score. In fact, she had not. Unfortunately, Shania was not properly notified about the discrepancy and got the bad news on Facebook. The good news is, the mistake was corrected, and the student with the highest score went to the Nationals.

The Raw Story: Clifford’s place in the local competition was downgraded to third based upon the correction in the scores, but she was still allowed to keep the first place gold medal after the controversy embarrassed all involved. For some reason this annoyed Rowe who, after explaining the errors involved, pushed the teen to return the medal to prove that she is a person of good character while playing the “everybody gets a trophy” card.

The Real Story: Rowe, a longtime critic of so called “participation trophies,” was troubled by the fact that so many uninformed observers would rush to sign a petition demanding Shania be rewarded on the basis of a clerical error. He encouraged Shania not to allow anyone to define her as a victim of gender discrimination if such a claim was untrue – which it clearly was in this case. Rowe also pointed out that those demanding “justice for Shania” were not acting in her best interest. In fact, Rowe went so far as to imply that those who signed the petition were insulting all women in the most insidious way possible – by demanding special treatment based on nothing but gender. Rowe then asked, “Would anyone be demanding “justice for Shania,” if she were a boy? How in the world is it good for women to benefit from a clerical error? When Steve Harvey mistakenly awarded the title of Ms. Universe to Ms. Columbia instead of Ms. Philippines, should the mistake have gone uncorrected? Should Ms. Columbia be Ms. Universe today, simply because Steve Harvey screwed up?”

Finally, Rowe offered Shania some unsolicited advice that would surely catch the eye of a prospective employer – he encouraged her to “return the Gold Medal, along with her sincere thanks for the opportunity to compete, her heartfelt congratulations to the actual winner, and her steadfast resolve to come back next year and kick some serious ass.”

The Raw Story: After the uproar over the SkillsUSA competition went viral, Clifford was given an invitation to compete in the Mason Contractors Association of America’s convention next year.

The Real Story: After the uproar over the SkillsUSA competition went viral, a dubious assortment of hysterical activists masquerading as journalists continued to look for a story that simply wasn’t there, and encourage people with no real knowledge of the facts to sign a bogus petition. The Raw Story actually accused Rowe of “trashing Shania’s character,” when in fact, he did nothing but point out how important character actually is. Even now – after the Columbia Dispatch clarified their original story – The Raw Story continues to fan the flames of confusion and self-righteous indignation, driving many of their nearly two dozen readers to clutter up Rowe’s Facebook Wall with the kind of insults most often associated with a petulant eight-year old.