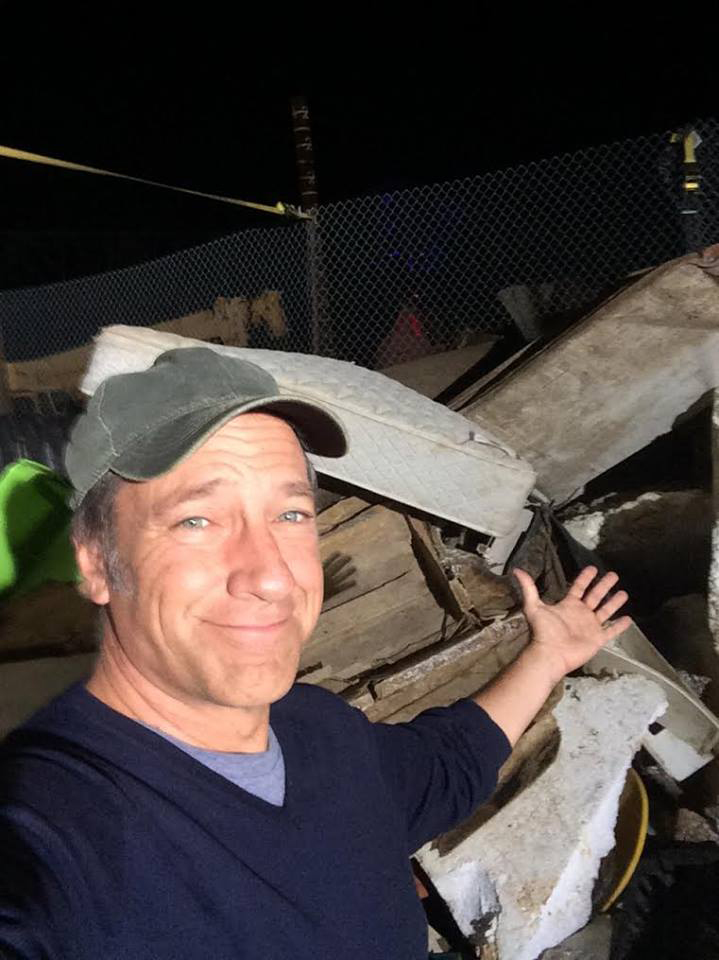 So I’m down here on the Ohio river, standing on a garbage barge and preparing to speak with Anderson Cooper via satellite. (To my knowledge, the proceeding sentence has never before been read or written on Facebook. So…you’re welcome.)

In a few moments, I’m going to bludgeon you once again with another shameless plug for Somebody’s Gotta Do It, which as you may have heard, premieres tonight at 9pm tonight on CNN. The bludgeoning will occur at exactly 8:50pm, ET, and involve me trying to persuade Anderson’s legion of loyal viewers to stick around and watch my show. Then, from 9 to 10 pm, I’m going to find a quiet place on this garbage barge and watch the show myself. During this time, I shall open a frosty beverage, and answer whatever show-related questions you might have. It’s the least I can do, since much of the programs content is a result of your suggestions. When the show ends, I’m going to jump back on the satellite and talk to CNN once again – this time, to see what Don Lemon thought of Somebody’s Gotta Do It, and perhaps persuade his loyal viewers to watch it again later in the week.

Anyway, that’s the plan, (pending breaking news.) Please join me if you’re able, and thanks again for tolerating my smorgasbord of shameless plugs. I promise, it’ll stop soon. Probably. 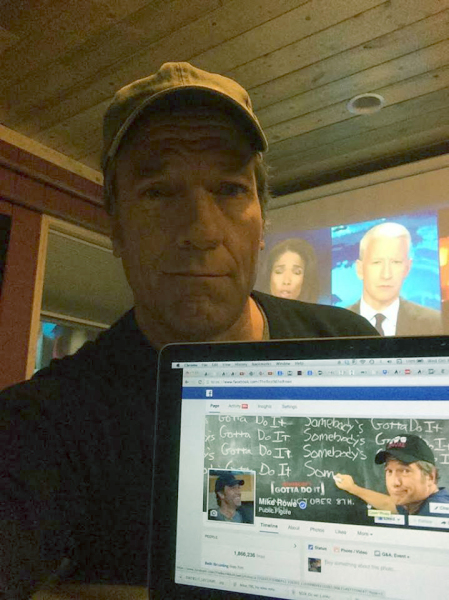 PS. A word about this barge.

Seven years ago, I read about a guy named Chad Pregracke. Chad grew up on The Mississippi. He loved the river, but hated all the litter and pollution. Moreover, he was pissed off by the fact that no one was cleaning it up. One day, Chad realized that bitching accomplished nothing. So he decided to spend the rest of his life doing what had to be done. He got his hands on a barge, shanghaied a few friends, and began to pull the garbage out of America’s rivers, one piece at a time. I’ve wanted to get him on TV ever since.

Today, Chad and his merry band of garbagemen are still at it, and tomorrow, we’ll spend the day filming his operation and telling his story. It’s been a long time coming.Tonight, I’m using his barge as a set, a cooler, and a place to chat with you guys. Minutes before the premiere of a show called “Somebody’s Gotta Do It,” I can think of no place I’d rather be.