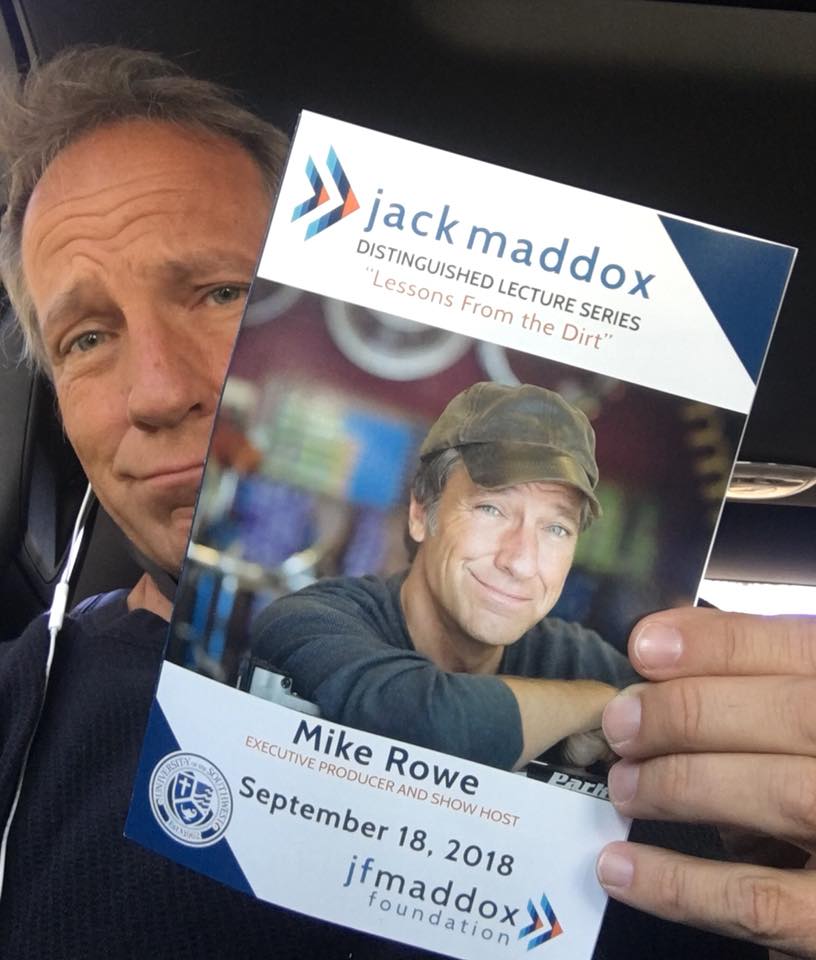 Before my visit to South Dakota last week, and a very successful launch of a new scholarship program called Build Dakota, I stopped by Hobbs, New Mexico, where The Maddox Foundation invited me to participate in their “Distinguished Lecture Series.”

I explained to the people who reached out many months ago that my talks are neither “distinguished,” nor “lecture-like,” but the organizers were not dissuaded. So I showed up, more or less on time, and more or less prepared.

Backstage, as I waited to be introduced, I was somewhat surprised to hear someone invite the audience to rise for the invocation. Anne Maddox, the woman about to introduce me, must have sensed my surprise.

“We still do that here,” she whispered, smiling. I smiled back, and bowed my head.

After the prayer, I put my cap back on, only to remove it seconds later when a student led the crowd in the Pledge of Allegiance.

“We still do that as well,” said Anne, still smiling. I smiled back, moments before putting my hand over my heart and repeating the words I learned back in the first grade. 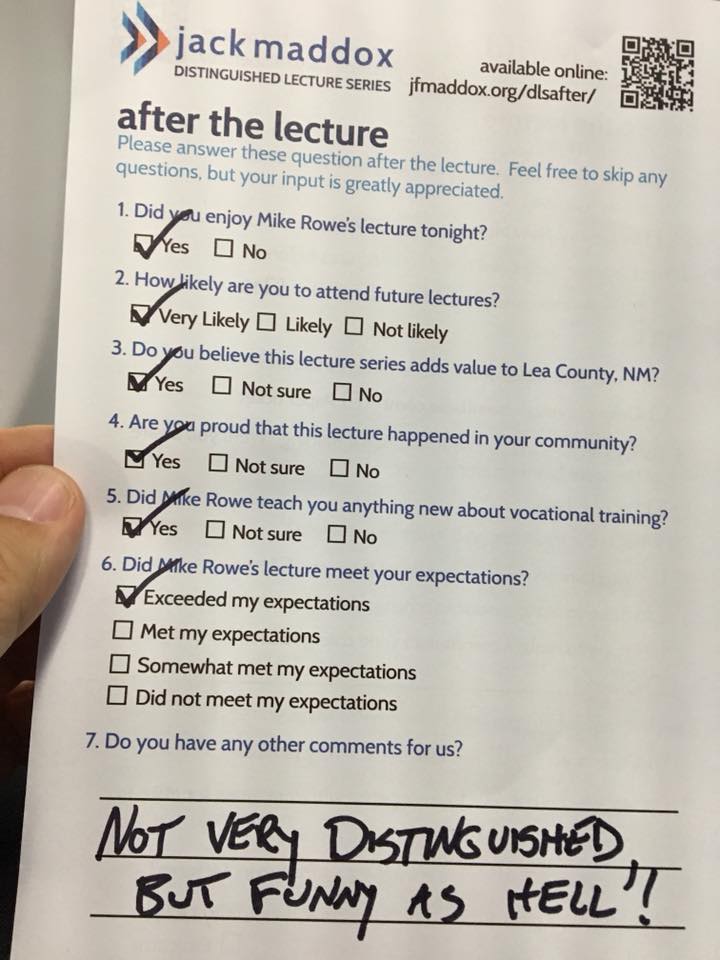 Moments later Anne introduced me to 2,000 locals, and about an hour after that I thanked them sincerely for being such a great crowd. I’d like to do so again here, and reiterate my sincere hope that The Maddox Foundation is successful in their efforts to help build a new vocational school for the people of Lea County, which is the real reason I made the trip to Hobbs.

When America removed shop class from high school, we sent our kids an undeniable message. We showed them definitively – in the only way that really matters – that some jobs are not as important as others. That was a blisteringly foolish decision, and one that – in my opinion – has contributed significantly to the lack of interest surrounding nearly 7 million good jobs that no one is currently trained or excited about doing.

The skills gap is a serious problem but it’s causes are not a mystery – at base, it’s a reflection of the kind of work we value as a society. Closing the gap will require us show this generation – and the one that follows – what a “good job” actually looks like.

The Maddox Foundation understands this, and so too, do the people I met in Hobbs. I hope the rest of Lea County rallies behind this vocational initiative, and I hope other counties – and other foundations – will follow.

PS. Afterwards, at the book signing, someone dropped this into my bag. I found it on the plane, and snorted.