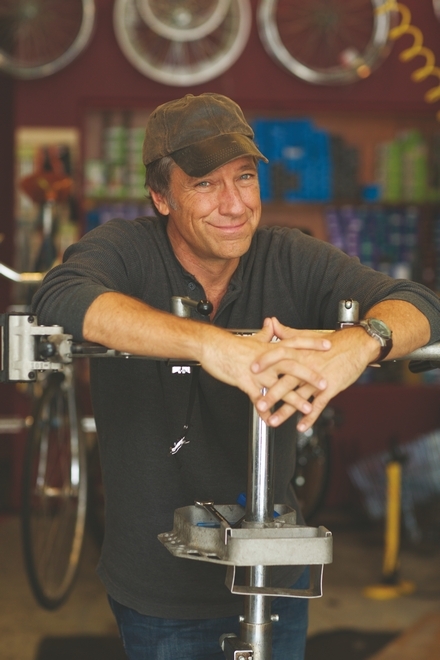 Mike Rowe has rejected a critic’s premise that he is engaging in right-wing propaganda by “harping on” the importance of a work ethic and falsely claiming that many jobless individuals actually don’t want to work.

According to Mike Rowe in a response to a Facebook follower identified as Craig P., however, most people would rather not get up and morning and head to the office or other employment venue, if given the choice.

CBS News has previously reported that about 93 million Americans remain outside the labor force, a 36-year low in participation according to some economic estimates.

The former Dirty Jobs host on Discovery, Mike Rowe is currently starring in a similar reality show on CNN called Somebody’s Gotta Do It. You may have also recently seen him on TV as a pitchman for Ford trucks.

Despite the blue-collar focus of his TV work, Rowe used to sing with the Baltimore Opera as well as appear as an on-air host for QVC.

Rowe has long advised against going into student-loan hock for a four-year university art history degree or the equivalent instead of pursuing a good-paying job in the skilled trades. He started the mikeroweWORKS Foundation that, among other things, awards scholarships to men and women who seek training at trade schools across the country. Rowe is on record as saying that “Many of the best opportunities that exist today require a skill, not a diploma.”