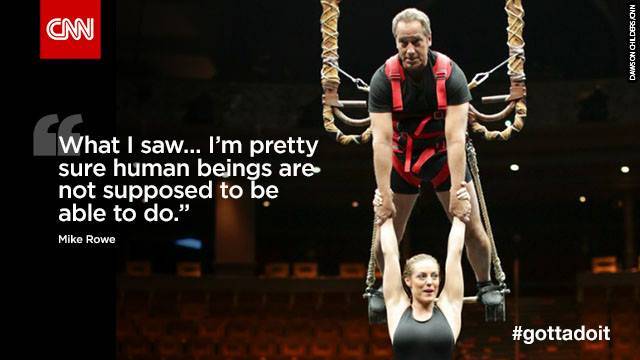 Mike Rowe will forever be tied to his delightfully guilty pleasure show “Dirty Jobs” on the Discovery Channel, muddy and smelly and smiling all the way. But after 300 jobs and 169 episodes, he decided it was time to try something a little less, well, dirty.

But most networks wanted him to do a show more scripted than he was willing to do. He hoped to explore people’s jobs without an end game, without gimmicks. On CNN president Jeff Zucker‘s first day at work early last year, Rowe ran into Zucker at the Time Warner Center’s Landmarc Italian and French bistro in New York City.

Zucker told Rowe: “I want you on my air.”

“It’s non-fiction,” Zucker said. “You’re a non-fiction guy. Tell me what you need.”