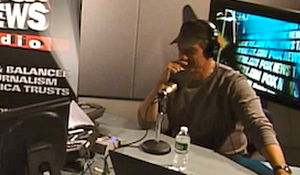 Mike gives his thoughts on the Walmart ad controversy and if raising the minimum wage is really the answer.

Work is a beautiful thing. Mike Rowe on critics attacking him for narrating a new ad for Walmart says he can’t imagine what would happen in the economy if others followed Walmarts example. On the CBO report that raising the minimum wage will cost at least 500K jobs, Rowe calls it the “Terrible Arithmetic of the Economy” adding: until we close the skills gap we can’t have a conversation on who is worth what in the workplace. PLUS: Mike Rowe discusses his new book “Profoundly Disconnected”

Listen to the interview – here.